May is National Bike Month.  Let’s focus on how bicycling means business!

The Cost of Parking

Not only do bicycles take up less parking space (thus reducing infrastructure costs), numerous studies show that bicycling actually boosts revenues at bike-accessible businesses. This is great news for local governments tackling the issue of parking — great news for business owners looking to boost their profits — and great news for those of us who go by bike.

The Perks of More Bicycling 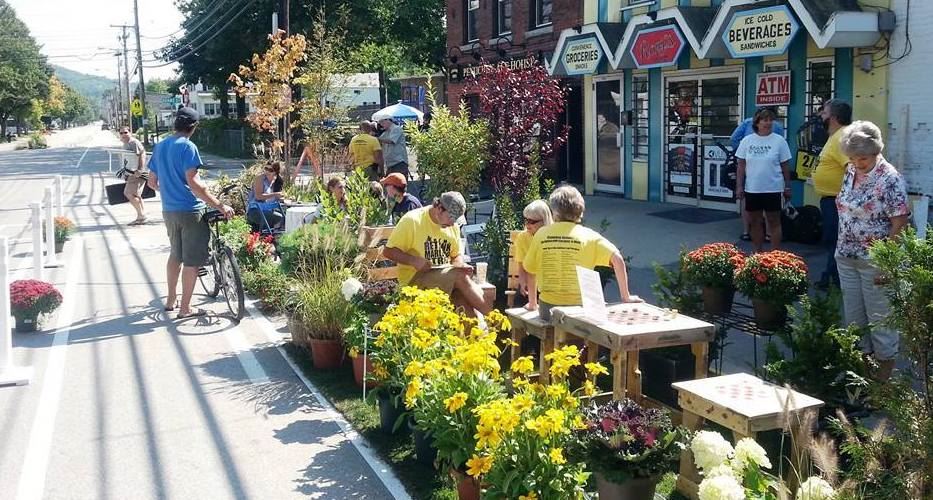 Add bicycle lanes and other cycling amenities to a community and the impacts multiply. A new protected bicycle lane on Ninth Avenue in New York City resulted in a 49% increase in sales for nearby retailers, compared to a 3% increase borough-wide. After changes on Valencia Street in San Francisco, nearly two-thirds of merchants saw an increase in sales, and 60% said that more residents were shopping locally.  In addition to the boost in retail sales, another study reported that $1 million invested in bicycle infrastructure grew 11.4 jobs compared to 7.8 jobs for road-only projects.

Bicycling infrastructure can also increase tourism.  Cycling tourists tend to be wealthier and, according to studies, choose to stay in smaller towns at locally owned accommodations.  Part of the allure for cycling tourists is stopping at craft breweries and unique shops along their ride.  Other types of tourists tend to stay and shop at national chains.

How Businesses Are Supporting Bicycling

Bikes are good for businesses and their employees. Through our Bicycle Friendly Business (BFB℠) program, employers are recognized for their efforts to encourage a more welcoming atmosphere for bicycling employees, customers and the community. ~ League of American Bicyclists

Want to boost bicycling in your community? Get inspired with the Bicycle Mayor Network, an international network of champions.

Bicycle Mayors can accelerate the changes we need to see by uniting all citizens to take action. They bring creative diversity with new insights and approaches, from both inside and beyond the world of bicycle planning professionals or the political establishment. They are the human face and voice of cycling in a city. By connecting these changemakers across a global network – creating greater visibility, rapidly sharing ideas, challenges and solutions, – we can create a truly radical shift. ~ BYCS

“A bicycle supports our community holistically, getting folks back and forth to work, making a quick loop of errands downtown both faster and more enjoyably while making it easier to shop and connect to the fantastic neighborhoods in which we live,” said City of Keene (NH) Bicycle Mayor Tiffany Mannion.  “Cyclists generally help our economy by offsetting healthcare costs and supporting our downtown bike shops. But the more subtle impacts are reflected in the countless studies that point to happier, healthier, more punctual, and productive business owners and employees. Bicycling is a conscious decision to work and shop and ride largely where you live, sharing the countless benefits of two-wheel travel with your greater community.”

Increasing sales, lowering health care costs, growing jobs, and boosting our happiness — all by encouraging our neighbors to go by bicycle?  Let’s get rolling!

Dig into the research: